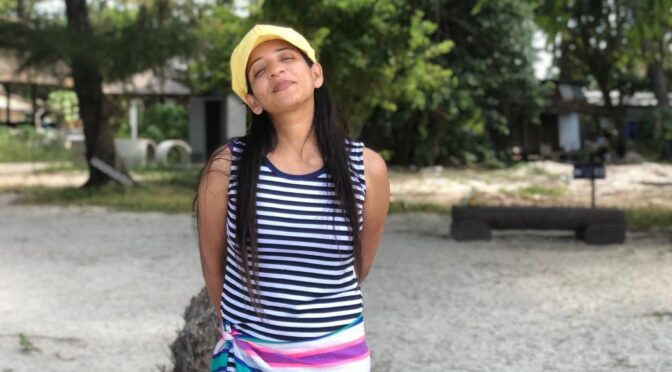 It’s all about Writing and Films, not me..

I did my diploma in IDD (Interior Decoration & Designing) but Films attracted me.
I have been working in Indian Television since 2006. I was a part of many Television series and I am proud of it. But, in October’2010 my life took a different direction when I registered myself as a delegate to Mami International Film Festival. This festival changed everything and my vision shifted too. I was happily working in Television but International Cinema was tickling me, overpowering my thoughts.

That led me to expect more from people around me. Television Industry works in a different pattern and my expectations were different so it became difficult for me to work there. I started loosing my patience, I used to get angry more often. I was struggling to be on the same page as others and I was failing miserably.

So to drag myself out of it and to keep myself busy I started watching more and more films, started to learn about filmmaking, attended many film festivals, made friends related to films and what not. Then I came up with the idea and divided myself into two parts. Television was taking care of my bread and butter so leaving the job was not a good decision. So I started giving 8-9 months to Television and 3-4 months to learn about filmmaking and writing.

It was a good decision though.

In 2016-17 I made my 1st Short film for NFDC’s Swachcha Bharat Abhiyan and I got a certificate for it. And this pushed me more towards films.

I am trying my best to write a good content so people appreciate my work and my writing.
As I said Television was keeping me busy so I couldn’t shot any short film after that till 2019 but I kept myself busy in writing and wrote a few short films and film concepts too.I hope to entertain you all in my way soon.
In this period of lockdown I have made 3 short films. Virtually I have directed them too. They all are Made-At-Home films.

Do watch my films and if you like my films do subscribe my channel.
All the details are given below. or just search my name in YouTube ie Nameeta Bandekar.

One thought on “Nameeta Bandekar”